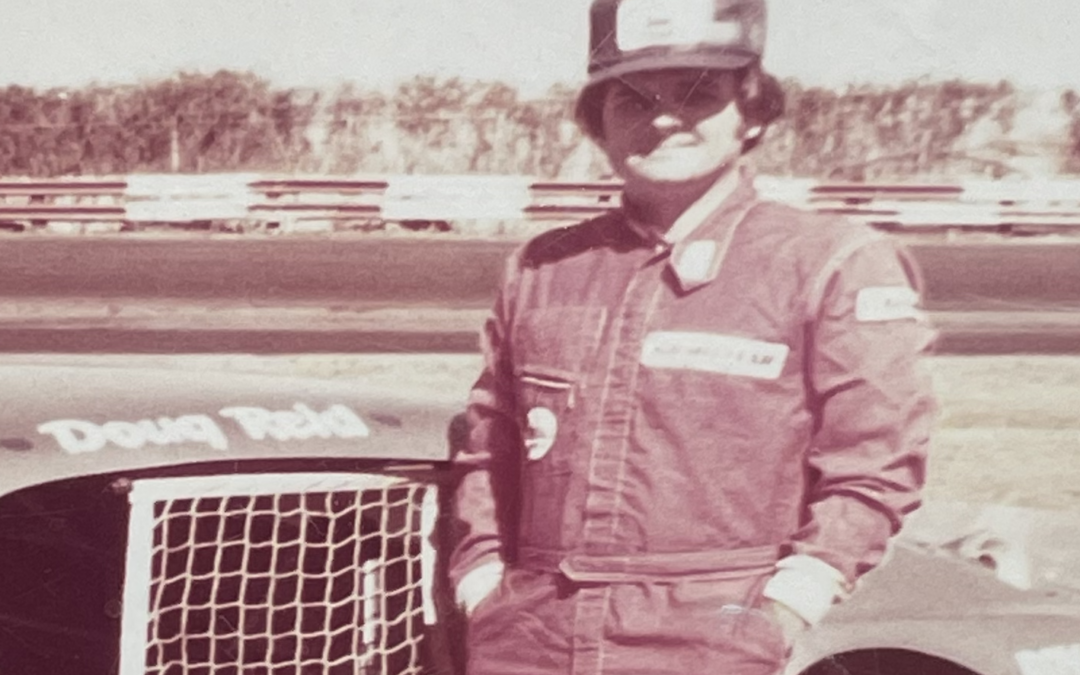 Doug Reid has always loved racing through life – literally and figuratively – enjoying every second. He refused to let anything hold him back, following his ambition to competitive racing while also working fulltime. At just 18, Doug suffered a traumatic injury while working in a machine shop, leaving him blind in his right eye. His doctor told him that he would never see in that eye again. It wasn’t until many years later, in 2014, when his vision began to deteriorate in his one good eye, that he realized the impact of being an organ, eye and tissue donor.

As a teenager, losing vision in his right eye didn’t keep Doug from doing what he loved most, racing, even when it meant bending the truth during physical exams. As a member of the famous Alabama Gang, he raced alongside the NASCAR greats: Bobby Allison, Neil Bonnet, Donny Allison and Dale Earnhardt. After living in the fast lane, Doug opened his own car dealership in Birmingham, Alabama, and settled down to raise his 4 children.

When Doug began to lose his vision in his left eye, he knew it was time to act or risk becoming completely blind. He received his first corneal transplant in his right eye in 2014, followed by a transplant in his left eye in 2015. Knowing that he hadn’t seen in his right eye in decades, he was doubtful when the doctors told him to read the eye chart after they removed his bandage. However, to his shock, he wasn’t only able to read the eye chart but was able to read with near-perfect vision.

With his vision fully restored in both eyes, Doug is living a full life. After retiring from owning his car lot, he began to work as a car salesman in Birmingham, Alabama, combining what he loves most, cars and people. He’s also enjoying every moment with his children and 8 grandchildren.

Prior to receiving the gift of restored sight, Doug admits he didn’t think of registering as an organ, eye and tissue donor. Now, with renewed vision, he thinks of his donors and their families often, thanking God every day for their selfless decision to donate. Doug was so inspired by the gift he received, he registered to be a donor himself.

The impact of registering as an organ, eye and tissue donor truly knows no bounds. You can register to make a profound impact at registerme.org.

Restore sight to others by making a gift to Advancing Sight Network. Visit advacingsight.org/give-financially or mail your check to: