The Gift of New Beginnings: Jackie and Dave’s Donor Story 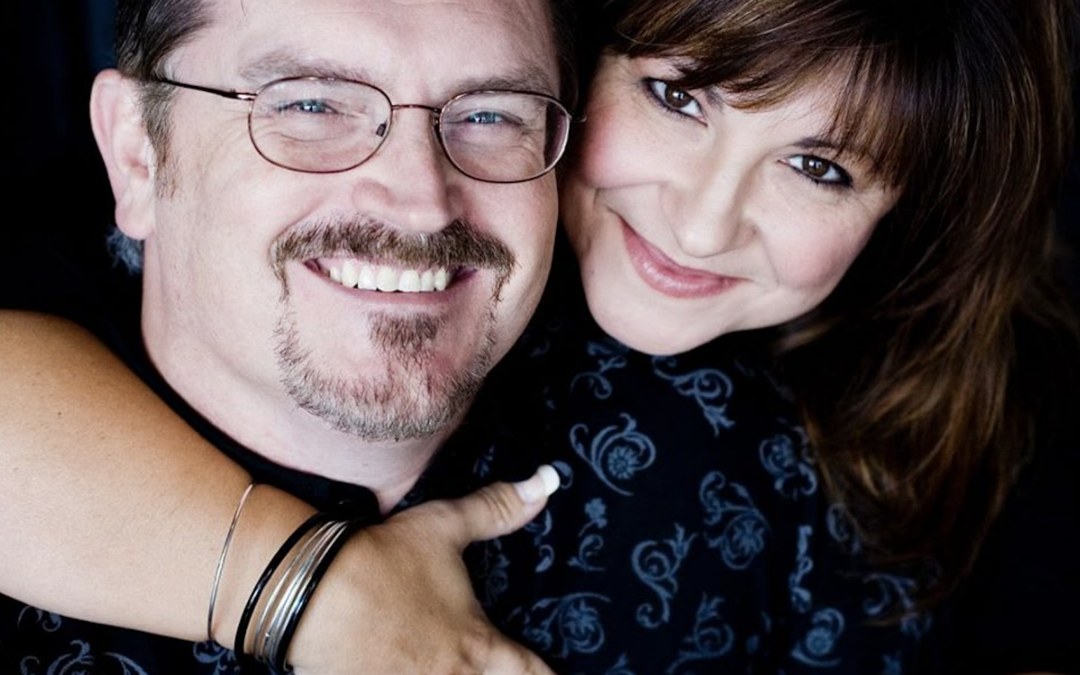 Dave Smith had an instinct for gift giving. He always knew just what to get someone to put a smile on their face or to let them know he was thinking of them. It’s no wonder that, even with his sudden passing at the age of 50, he was still able to change someone’s life with a gift like no other.

Jackie met Dave in 1985 when he moved to Fort Lauderdale, Florida and began attending her Sunday School class. They quickly became best friends, and after an all-night phone call in 1987 they knew they were each other’s soul mates. The two married in September of 1988 and began a beautiful life together, working in children’s ministry and raising three children of their own. 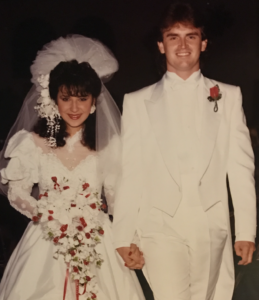 Dave was a creator in every sense of the word. Sculpting, designing, painting and drawing were only the start. He was a visionary who brought his work to life, all with Jackie right at his side. Together, they worked to fill their family’s life with magic – turning even the most mundane family meetings into Smith Family Productions. Dave’s creativity overflowed into all aspects of his life, from his work in children’s ministry to the unique ways he found to show his love to those around him.

Dave was an intentional listener and incredible gift giver, always picking up on the smallest details. “He would be out, and he’d see something he remembered you said you liked, and he’d just buy it,” said Jackie. “That way at Christmas or on your birthday he had it put away, ready to go. He spoiled me.”

Jackie recalled one Christmas where she unwrapped an extremely thoughtful gift from Dave. She had once told Dave about a cowgirl doll she had found as a child. It was missing several of the pieces, but it quickly became her favorite toy. One Christmas morning Jackie opened her gift from Dave to find the doll from her childhood accompanied with each and every piece. Tucked alongside the gift was a note that read “Because you deserve all of the pieces.”

“That was one of the most thoughtful gifts I have ever received,” Jackie said. “He thought that through. His intentionality with his love was so important.”

Dave never stopped loving and living intentionally. He would tuck away notes for Jackie to find or pass on his knowledge and creativity to others in his life. So, it was no surprise, that even at the end of his life, he continued to make a selfless impact in the lives of others.

Dave suffered a heart attack on Thanksgiving night after spending a wonderful day with his family. Jackie remembers feeling like the air was sucked out of the house. She still longs to create and laugh with Dave again and relies on the hope that one day they’ll get to do just that when they are together again. 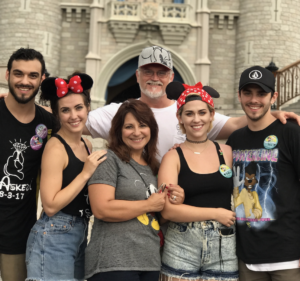 Like all of Dave’s gifts, his decision to register as an organ, eye and tissue donor was based on his selfless and intentional nature. “Dave was a gift giver, and he was selfless. So, organ donation came very naturally to him. He didn’t think twice about that,” Jackie remarked. “In the days following his passing I knew from 29 years of marriage that this is something he wanted to do and that he would think that being able to give the gift of sight was amazing.”

Restore sight to others by making a gift to Advancing Sight Network. Visit advacingsight.org/give-financially or mail your check to: