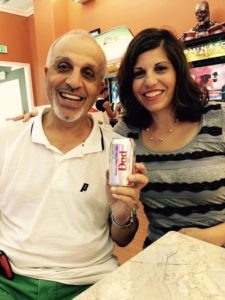 When Dr. Pacha checked on the young transplant recipient, a nurse shared a funny story. The boy had been so excited to use the bathroom after the surgery. “Urination was a privilege for him,” said Dr. Pacha.

Dr. Pacha has been practicing urology for over forty years, and the experience of providing a child with a second chance at life stayed with him throughout his career in medicine.

“I have great respect for the surgeon, the patient, the family, the workers, the nurses—everybody on the team who is involved to make life better,” says Dr. Pacha. “This is not a money issue. This is not a time issue. It’s not a fame issue. It’s really something that goes back to the heart and soul of a human.”

August is Minority Donor Awareness Month. Advancing Sight Network supports awareness of organ, eye and tissue donation in minority communities, and we are grateful for all of the families who have made the generous decision to donate